Okay, Chloe. I see you. I see all your recommended videos popping up all over my YouTube. And I’ve just seen so. many. success. story. videos (<—!!) and okay I’m convinced. (If you’re only going to look at one, just watch the last one because, honestly, there are just too many.)

It looks like she has a lot of free workout programs but I think the one I’ve been seeing the success stories for, and the one I think I can actually commit to, is her 2 Weeks Shred Challenge (click here for the program).

I really love that she’s put all the videos together in such a convenient format on the page so all you need to do is literally just bookmark the page and click on the videos each day. Plus you know what you’ve signed up for in total workout time and total workout videos so you can plan your day accordingly.

In addition, she has a bunch of tips in the FAQ’s, meal plans and videos of the before/afters on the page to keep you motivated. This girl has thought of everything! I don’t know why I’ve been avoiding her until now. Thanks, YouTube algorithm, for recommending her to me.

I’ve been eating way too much sugar lately so let’s do this… starting tomorrow. Haha. I’ve already worked out for 25min today and I think that’s about as much as I can handle for now.

Here’s the thing: I was actually working out often and even going to the gym for the first time in a decade back in January/February, in preparation for my wedding. I’m really thankful we were able to have our wedding with our friends and family as it took place just a mere couple of weeks before quarantine began.

Unfortunately shortly after all the gyms shut down for quarantine, I also developed some other health problems so I stopped working out entirely, which in turn has probably made my health worse. It’s been a bit of a downward spiral. So my goal for this is simply to get back into shape. As in, get fit again, and I’m hoping this 2-week journey will be the start of regular workouts again.

I won’t be changing my diet and I don’t think I’ll lose any weight, but I do hope to tone back up and lose a few cm’s if possible. As such, I’ll post up my before and after numbers to see if there’s a difference. Not that there’s anything wrong with how I look now (I literally just posted an Instagram Story about how I liked how I looked haha) but it’d still be nice to know in case it helps to encourage you on your fitness journey.

Please check back on my progress and leave me a message to keep me motivated. That’s another reason I’m posting this online — because it’s very likely I’ll get lazy and give up otherwise. Let’s begin!

For my wedding I was like 65-67cm at the waist wahhh. I took these photos and measurements after my morning coffee, but before I ate a meal. My weight was taken from before my coffee though. I tried to have good posture and my tummy is in a relaxed state.

I found out today that my sister is already on day 20 of Chloe’s workouts! Apparently a bunch of her friends are doing it too. Chloe is crossing international borders and hitting all age groups haha. My sister’s not taking pics of her before/during but has definitely noticed herself getting stronger, not feeling as out of breath etc.

Jacky will also be joining me on this journey but does not want his before/after posted online, which we will be respecting. You may hear a few of his thoughts along the way though!

Day 1: Completed at 20:07.
She kicked our butts. The workout was supposed to take 23mins but my Apple Watch is telling me 39min 25secs. Honestly when I was going through all the videos of people’s comments I saw people complaining about up-and-down-planks and I was thinking, “That doesn’t sound so hard.”

I think the biggest difference is that I watched her video about 5 Mistakes To Avoid when doing ab workouts, as well as taking all the success stories’ advice about taking it slow and not rushing through each move but ensure you do each move properly, and that really helped. As in… helped to hurt me. It’s only been 20mins since I completed the work out and, erm, I’m already feeling achey.

Anyways, yay. I’m glad we did it. One small step but you have to start somewhere. I’ll leave you with my end-of-workout forlorn dead face:

Day 2: Completed at 17:38.
Really struggled today. We got through the first 2 workouts and did better than yesterday (only took us 30min! Meaning fewer breaks needed in between) but Jacky decided not to do the 3rd video with me (he went to call his parents but he did the vid on his own later), and I had to give up at 51% through the vid.

My Apple Watch tells me I worked out for 38mins in total but it actually took me an hour to get through the 38mins. Most of that was from the last video — I just couldn’t. I was already sore from yesterday, but oh my gosh after the second video I could hardly lift a pen and my legs wobbled when I got up to walk. Planking motions were just not going to happen anymore.

I’m still proud that I got through 2.5 videos though. The 3rd one was optional. I tried it… I’m not strong enough at this point, and I don’t want to hurt myself by pushing myself too hard. Tomorrow’s a new day!

Day 3: Completed at 18:34.
I woke up this morning so sore. It hurt to sit down and I honestly did not think I’d be able to work out today. Annie’s starting to do it with me too, woohoo! She told me 3rd day is always the worst for pain because of the second day burn. I thought Chloe was crazy for putting 4 compulsory videos for today. I thought I was gonna die before I even began!

I really considered just moving Day 5’s rest day to today. Thanks to Jacky’s encouragement, we got started around 5pm. And… shockingly, I guess Chloe knows what she’s doing. About part way through the first video my body just gave up complaining and just complied. I was actually able to finish the entire set and I felt energised afterwards!

I still had to pause multiple times but who cares! All 4 videos for today… completed! I also did her 10min Full Body Cool Down Stretches to help with the soreness but I feel like she doesn’t give enough time to ease into each stretch before moving on (the timer seems to start before she’s finished explaining what the next stretch is) so I’ll probably just do my own stretches or do hers but with pauses in between.

Day 4: Completed at 18:52.
Today I could feel that I was stronger. I wasn’t dying when doing the first 2 videos like I had been before, and I didn’t need to do as many of the low-intensity variations as I did before. In addition, my soreness level has decreased to a mild, numb soreness haha.

On the flip side, I have been baking a lot recently (I just baked my best banana bread yet today!) and… well… I can’t not taste test, right? ;_; I wonder if that’s been causing my recent weight gain, but I also don’t want my weight to define me.

Day 5: It is an active rest day! I actively rested :P

Day 6: Completed at 21:05 (but started at 17:59).
I didn’t really want to work out today. I think the rest day made me lazy, and I already had so much stuff to do. But then I looked in the mirror and realised I was seeing results, and that made me want to keep working out. Plus, I feel like I owe it to myself, to Jacky and to my blog to keep going. Having a workout buddy and writing this thing is a very good motivator and keeps me accountable. Would highly recommend the same if you also are prone to losing momentum half way through.

Initially I was thinking today was harder because my body had weakened over the ‘rest’ day; basically I’d recovered from the pain and all of a sudden my body felt like weaksauce again. What really ended up happening, however, was that I had barely eaten all day and was trying to do Chloe’s intense workouts on a practically empty stomach. Big mistake #1.

We realised this half way through our work out and thankfully we’d already put in a DoorDash order. Our food arrived at around 18:40 and we took time off to eat, then rest our stomachs for 1.5hrs before doing the rest of the workout at 20:35. (I know it was 20:35 because our neighbours dropped off some freshly baked World Peace cookies for us at 20:30 and Jacky and I couldn’t help but eat one as soon as we got them. We only had half a cookie each, but they were sooooo good.)

I thought I felt better because I had eaten. I powered through the work out. Big mistake #2. Then I realised I really wasn’t feeling better. I felt bloated and weak and dizzy and nauseous. I ate some watermelon, thinking the cool, sweet and watery watermelon would help settle my stomach.

I ended up lying on the floor in the foetal position for 20min (Jacky had gone to take a shower already). I really wanted to post an update tonight though so I mustered my energy and took a few photos after I had recovered enough to move. Not that I could keep my eyes open for them either… this was one of the better ones:

Less than 5mins later, I was throwing up in the bathroom.

It helped a lot, honestly. Jacky finished his shower and immediately helped get me some warm water to drink. It’s 21:55 and I feel well enough to write this post now, and no longer as bloated, but I know that this is not the way to treat my body.

Moving forward, I definitely need to make sure we have been well fed throughout the day before even beginning to attempt exercise, and if at any time I’m not feeling well, it’s time to stop. Chloe has stressed the importance of listening to your body and stopping if you’re not feeling well, but I actually just thought my body needed an extra push and that I was being a wuss.

Finance: Best No Penalty CD May 2020
Read Bible With Me: 2 Corinthians, ESV 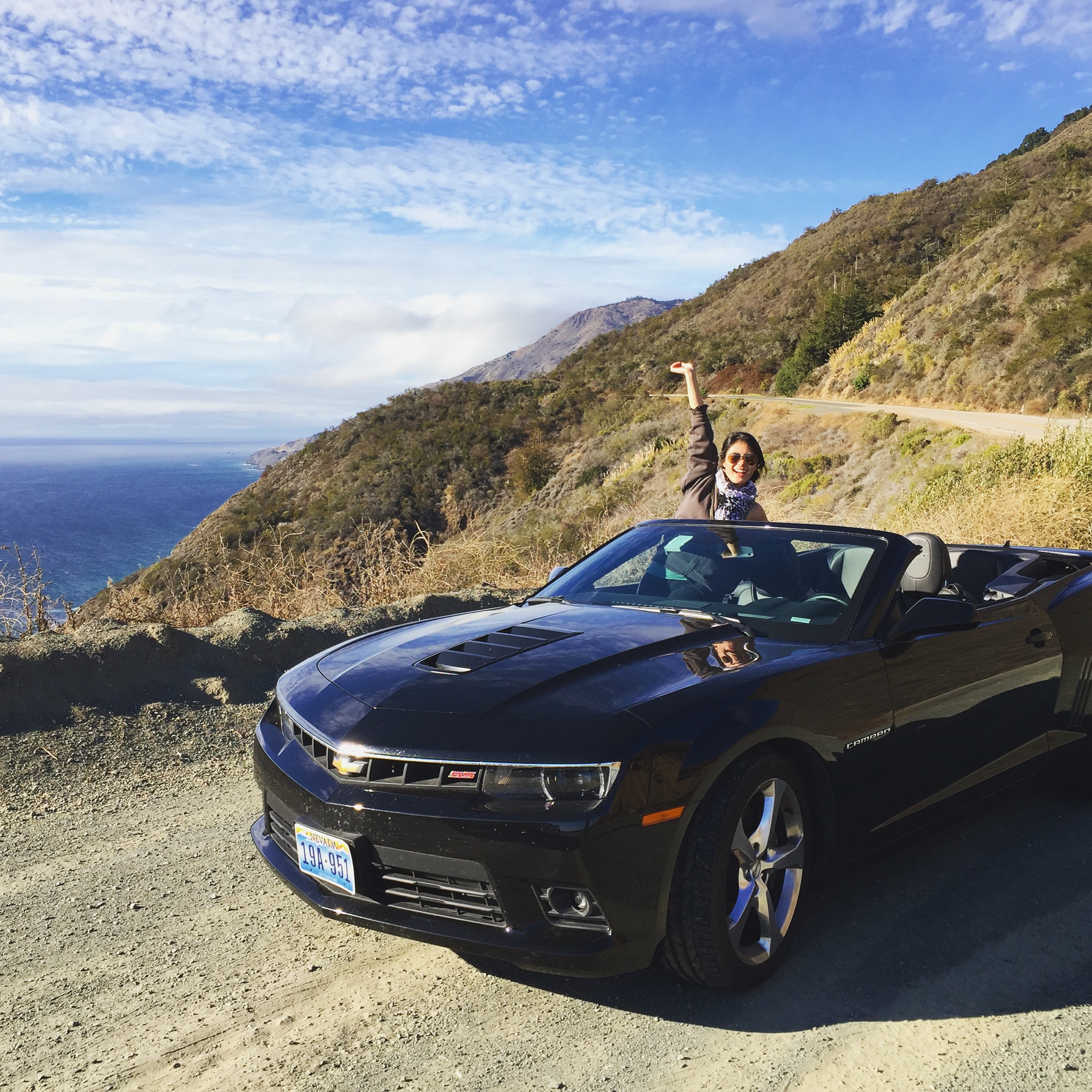